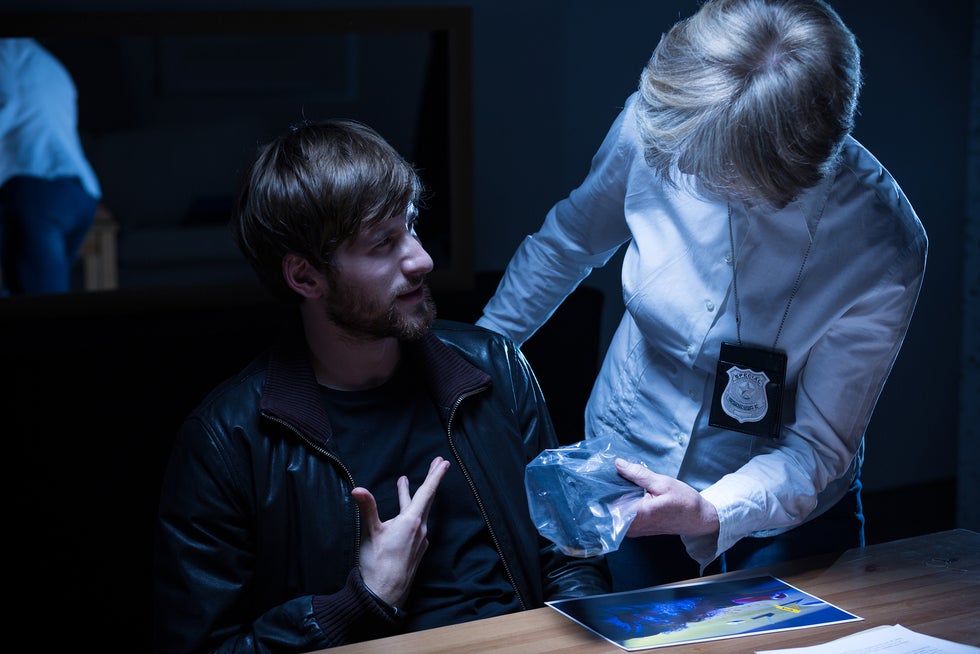 I can't wait to get home and finally watch this “When They See Us” documentary Lisa LegalRights thought to herself as she pulled into her driveway, a quiet cul de sac on Indy's northside in the Nora area. Yeah, it's Friday night, just got paid and I'm about to turn off my phone, smash this Chinese takeout, take a nice bubble bath and “Netflix and chill” she thought as she giggled to herself...after all... I deserve it...work hard, play hard.

She began to power off her iPhone and suddenly a call comes through, it's her sister, Sara Singlemother. Normally, she would just hit the “decline” button and keep it moving into chill mode but her sister never calls her this late on a Friday, so she hits the “accept” button instead. As soon as she heard her sister's panicked voice, she knew something was wrong. Her sister talked so fast that she could hardly understand a single word she said. However, she managed to figure out that her nephew, Freddy, was in jail after talking to police and Sara was freaking out BIG TIME. After she was finally able to calm Sara down, she came to understand that Freddy was in “DEEP DOO DOO” and could be facing murder charges.

Freddy had just been locked up, and it was Friday night, so it was pointless to check mycase.in.gov to see if any official charges had been filed. She managed to convince Sara that everything would work out and Freddy would be fine although she hadn't quite convinced herself of this. She explained that by Monday, she would be able to tell her more. Finally, because neither Sara nor Freddy, had been through anything like this, she promised to go and visit him in the morning to make sure that he was okay. After hanging up from Sara, she kept thinking to herself... Freddy has never been in trouble a day in his life, poor kid must be scared shitless. So much for Lisa's weekend plans. Fast forward to Monday evening.

As Sara rode the elevator to the 50th floor of the law firm of Dunn Framed & Hit, LLP, she thought to herself in all the years that Lisa has been a lawyer, I've never visited her office even though we both work downtown. Once comfortably seated in Lisa's office, Sara took a deep breath and asked, “so what have you been able to find out sissy about Freddy?' Lisa paused as she searched for the right words, after a moment she responded, “the good news is that I visited Freddy and he is doing fine.” “And the bad news?” Sara asked. “Well the bad news is that after reading the charging information and probable cause affidavit, I really wish you would've called me BEFORE you signed the consent and had Freddy talk to police.” Lisa explained, “from everything I've read, Freddy's statement placed him at the scene of the murder around the time that it happened and there is strong circumstantial evidence that he was involved.” Sara could hardly believe her ears, she told her sister “but you know that Freddy is a good kid and that he wouldn't harm a fly, plus the police said that they just wanted to talk to him because he might be able to help them as a witness and that he wasn't in any trouble...and that he would just make his statement and that we could go home” as she began to cry, she dabbed her red eyes with Kleenex. “Help me sissy, the police lied, they can't do that, especially to a kid, to my Freddy, he doesn't belong in anyone's jail!”

It had been years since Lisa practiced on the criminal law side, she had made a name for herself by winning a string of multi-million dollar verdicts on behalf of families that had lost loved ones to police brutality. But she had researched juvenile confessions and was just about to explain to Sara why Freddy's statement could very well hold up even though the police lied to them. Just as she began to speak, the managing partner at her law firm, opened her door visibly worried. Lisa where are we on the Brennaman brief? It's due in Federal Court tomorrow afternoon, 4:30 sharp. Bill, I'm on it, just need to make a few more revisions and it'll be on your desk.

In reality, Lisa had forgotten all about the Brennaman brief but knew that she had to get back to working on it. Once Bill left, she apologized to her sister and told her that they would need to finish their talk later. Sara made Lisa promise to explain everything to her ASAP and then left burdened down by a million unanswered questions, and every question had a million more worries about what would happen to her only son. Will he really be convicted of murder? Will the police get away with framing my child? Will Freddy become just another “black boy lost” to the criminal injustice system?

These questions and more will be answered next month, in the next part of “Why Would Anyone Confess to a Crime They Didn't Commit?”