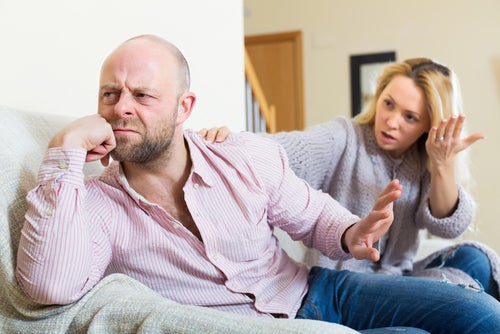 Divorce Generally In Indiana, in order to file for a divorce (legally known as a "dissolution of marriage"), at least one party must have been an Indiana resident for at least six (6) months and a resident of the county in which the divorce is filed for at least three (3) months. Indiana is a "no fault" state which means that there is no need or requirement to prove who is to blame or at fault for the breakdown of the marriage.

The divorce process typically begins with the filing of a Petition for Dissolution of Marriage which is a formal request for the court to dissolve the marriage and restore the parties to their former status as single persons. The Petition for Dissolution should include: whether the parties meet the residency requirements, when the parties were married, when the parties separated, whether there were any children born to the marriage, who is believed to be the appropriate party to have care, custody and control of any minor children, whether there is property to be divided, restoration of the wife's maiden name and whether the wife is pregnant at the time of filing. The petition may also include requests for parenting time arrangements, child support, protective orders, restraining orders and attorney fees.

In Indiana, the date that the Petition for Dissolution is filed with the court, starts the clock for a sixty (60) day waiting period which is sometimes referred to as a "cooling off period" which requires that the parties wait at least sixty (60) days prior to asking the court to grant the divorce. This cooling off period, in theory, allows the parties to seriously contemplate whether they truly want to end their marriage. At the end of the sixty (60) day period, if the parties still wish to end the marriage, they may do so by agreement, meaning that the parties have agreed upon any and all issues or if the parties cannot agree upon all issues, the parties may request that the court set the matter for a final hearing. A simple divorce with no children and no marital assets can be resolved in a little over two (2) months. On the other hand, a complex divorce involving child custody issues and the division of substantial marital assets can take years to completely resolve. The Petition for Dissolution of Marriage can include a request for a provisional hearing to set the ground rules for how the parties will live while the divorce is pending. Specifically, at a provisional hearing the court typically will address issues such as: temporary child support and custody of minor children, who will reside in the marital residence, who will have possession of vehicles, who is responsible for paying certain financial debts and whether the parties are restrained from spending or using marital assets.

The standard for determining child custody is the "best interest" of the child(ren). There is no presumption favoring either parent. Indiana courts consider all relevant factors, including:

Indiana courts typically grant one of several types of custody in divorce cases. Child custody can also be agreed upon by the parties as long as the custody agreement is approved by the court. When possible, it is best for the parties to reach custody agreements as this generally fosters a much better co-parenting scenario in the future. Whereas a bitter custody battle can often cause permanent resentment and hard feelings between the parties setting in motion years of litigation, finger pointing and make it very difficult for the parties to mutually work towards the best interest of the child(ren).

Joint legal custody awards physical custody to one party in terms of where the child(ren) primarily lives but requires that the parties make all major decisions in the areas of education, medical and religious upbringing together. In other words, the child primarily lives with the custodial parent but the parties are on equal footing in making these important decisions.

Joint physical custody awards the parties equal parenting time with the child physically living with both parties. As such, the child literally spends half of its time living with father and the other half living with mother. Like joint legal custody, the parties share equal authority in making decisions in the areas of education, medical and religious upbringing. Because joint physical custody arrangements require a great deal of co-parenting, courts typically consider the proximity of the respective residences of the parties, ability of the parties to communicate and work together as well as the toll that such arrangements may take on the child(ren).

In Indiana, child support obligations are determined by the Indiana Child Support Guidelines. The theory behind the guidelines is that children should enjoy the same standard of living that they would have enjoyed if the parents had stayed together. In arriving at the appropriate child support obligation, the following are some of the factors considered: incomes of both parents, whether there are previous or subsequent children to consider, health insurance coverage and costs, daycare expenses and how much parenting time the non-custodial parent spends with the child(ren).

Indiana courts subscribe to what is referred to as the "one pot theory," which means that all assets and debts are a part of one marital pot. Put another way, any asset or debt owned or accumulated by the parties prior to the marriage, during the marriage and prior to the final separation can be divided by the court and distributed to parties. The courts begin with the presumption that the fairest and most equitable way to divide marital property is to split it evenly among the parties. However, the parties may present evidence to the court for consideration of a different division, including but not limited to, the relative contribution of the parties, financial mismanagement of marital property, which party will have to care for the child(ren), sacrifices made by one spouse for the benefit of the other and the financial prospects of the parties going forward.

If a court finds a party to be physically or mentally incapacitated to the extent that the ability of the incapacitated party to care for himself/herself is materially affected, the court may find that maintenance for the party is necessary during the period of incapacity, subject to further order of the court. The courts may also consider whether the party lacks sufficient property to care for their needs and whether the party is the custodial parent of an incapacitated child that prevents the party from working. Finally, the courts may also consider how long a party has been out of the workforce and whether the party would be in a substantially better educational and/or employment position but for sacrifices made on behalf of the other spouse and children. In such cases, the court may order maintenance for a period to assist the other party to further their education and increase earning power. Attorney Corey L. Scott, has assisted many people get through this very difficult period of their lives, always providing professional solutions to marital problems. If you are considering filing a divorce or you just received notice that your spouse has filed for divorce, Call Attorney Corey L. Scott now at (317) 634-0101, phones are answered 24 hours a day, 7 days a week, 365 days a year.