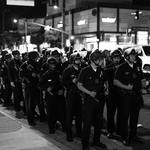 AMERICA'S OTHER PANDEMIC By Attorney Corey L. Scott The recent death of George Floyd at the hands of the Minneapolis Police Department has sparked a debate about the ever growing issue of American citizens dying at the hands of those who are supposedly sworn to "serve and protect" them. Attorney Scott believes that police killings have reached a level to be rightly deemed a pandemic. 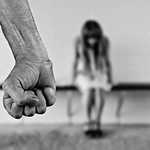 Domestic Violence: Where to find help and who to call

“Life is a pressure cooker and whether you remain serene or become stressed out depends on how you handle that pressure.” Kevin Leman A perfect storm has been defined as “a particularly violent storm arising from a rare combination of adverse meteorological factors.” Pressure cookers work by r... 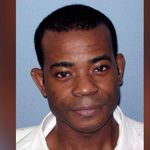 GUILT BY ASSOCIATION: CAN THE COMPANY YOU KEEP CONVICT YOU? 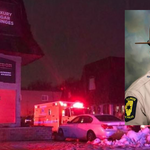 WHEN THE BULLET HITS CLOSE TO HOME

GOOGLING GRANDMA: WHAT A GRANDMOTHER CAN TEACH YOU ABOUT YOUR LEGAL RIGHTS

“Research is formalized curiosity.  It is poking and prying with a purpose.” Zora Neal Hurston Want to see something funny AF?  Type “Hey Goo Goo” into Google and a video of an Italian grandmother trying to learn how to use a “Google Home” device comes up and it is actually better than funny AF…... 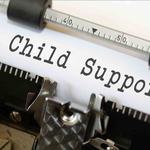 On a cold, crisp day in New York a few weeks ago, Damon Dash or “Dame Dash,” who is best known as a co-founder of Roc-A-Fella with Jay-Z and Kareem “Biggs” Burke was arrested for failure to pay child support.  And before you go thinking that the child support authorities in New York were “doing t... 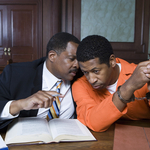 I can't wait to get home and finally watch this “When They See Us” documentary Lisa LegalRights thought to herself as she pulled into her driveway, a quiet cul de sac on Indy's northside in the Nora area. Yeah, it's Friday night, just got paid and I'm about to turn off my phone, smash this Chines... 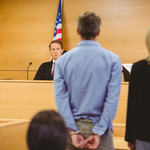 WHY WOULD ANYONE CONFESS TO A CRIME THEY DIDN’T COMMIT? BY ATTORNEY COREY L. SCOTT

We the jury find you Freddy Falseconfession GUILTY of murder! There was a round of gasps and cries in the courtroom, the stone-faced Judge peered through glasses thick enough to stop a bullet with his cold blue emotionless eyes and yelled “order in the court!” Any further outbursts in my courtroo...

HOW NOT TO BE LEGALLY STUPID

BY Attorney Corey L. Scott  Most people believe that stupidity is the opposite of intelligence or to be dumb. However, I recently discovered a definition of stupidity as “overlooking or dismissing conspicuous information.”  In this context, stupidity is to overlook or dismiss critical, life ch... 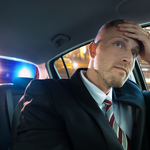 Can Being Too Polite to Police Send You to Prison???

Your 6th Amendment Right to A Lawyer is one of the most important tools in the arsenal of citizens during police encounters. Exercised properly, it terminates all police interrogation until you have a lawyer present. However, constitutional rights don't exercise themselves...this posts answers the questions of: Can Being Too Polite Send You To Prison and tells you how to properly exercise your 6th Amendment Rights.

Just days after several black men were killed during police encounters, which sparked protests across the country, I found himself stopped by an Indiana State Police Officer as I drove to take witness statements. In this post, I take you through the details of my police encounter and provide key takeaways from my experience. 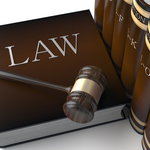 This article highlights some of the new Indiana laws that took effect on July 1, 2016.

5 Reasons You Should Never Make Voluntary Statements To The Police

Under the 5th Amendment of the United States Constitution, you have the right not to be forced to make potentially self-incriminating statements. However, if you choose to make voluntary statements to police, you can waive this important constitutional right. In this article, Indianapolis, Indiana Criminal Defense Attorney shares "5 Reasons You Should Never Make Voluntary Statements To The Police."

In the age of social media and the proliferation of new social media tools and apps, law enforcement has increasingly turned to social media as a means to gather evidence related to potential crimes and suspects.

In 2016, we almost never leave home without our cell phones or some kind of device capable of recording. As such, over the years citizens are increasingly recording the police as they go about their business. This post explains 5 things you need to know to safely record the police, which you absolutely have a right to do as long as you are not interfering with their ability to do their job.

The Los Angeles Police Department just announced that a bloody knife was found buried on O.J. Simpson's property and it is being tested to see if it is was used in the murders of Nicole Brown Simpson and Ron Goldman. Under the 5th Amendment of the U.S. Constitution, as it relates to O.J. Simpson, the outcome of the testing on the knife is of no consequence as he cannot be tried again for the murders.

Pre-Trial Diversions In Indiana: What You Need To Know To Get Your Criminal Charges Dismissed

http://blog.credit.com/2012/09/6-steps-to-recovering-from-bankruptcy-62290/ The decision to file bankruptcy is not an easy one. Society has taught us that bankruptcy is the worst thing you can do to your credit and will haunt you for the rest of your life. This is absolutely not true. While bank...

LIFELINE: A NEW LIFE SAVING LAW BY ATTORNEY COREY L. SCOTT It has been said that confession is good for the soul. So let me start by confessing that until a few weeks ago, I had no idea that the Indiana legislature had passed a new law intended to save the lives of high school and college student...

PROBATION: A SIGH OF RELIEF OR SETUP FOR FAILURE By Attorney Corey L. Scott So your case is over and you're relieved that instead of sending you to prison, the Judge has chosen to place you on probation. But what exactly is probation? And what does it mean to be placed on probation? I know that t...

NEW CHILD SUPPORT LAW By Attorney Corey L. Scott A few months ago when I previewed proposed changes to the law this year, I promised to return to discuss the bills that actually became new law. Well, here we are just a few weeks before the new laws take effect. So my next several articles will di...

SOMETHING THAT EVERY BROTHER SHOULD KNOW!!!

As Father's Day approaches, let me start by saying: I am a proud father and I truly respect men who step up to the plate on a daily basis and love, nurture and support their children. However, this column takes aim at a problem that seems to be all too common. Here's how it goes: A father calls a...

The brutal beating recently suffered by 15 year-old, Brandon Johnson at the hands of Indianapolis Police Department (“IMPD”) officers, provides the inspiration for this article. Although there are many police officers who “serve and protect” us on a daily basis without much appreciation or attent...

There is hardly a week that goes by that I don't receive at least one or two calls from people wanting to know if they can have an arrest record or criminal conviction expunged (removed) from their record. In most cases, the call comes from someone that was convicted of a crime many years ago, th...