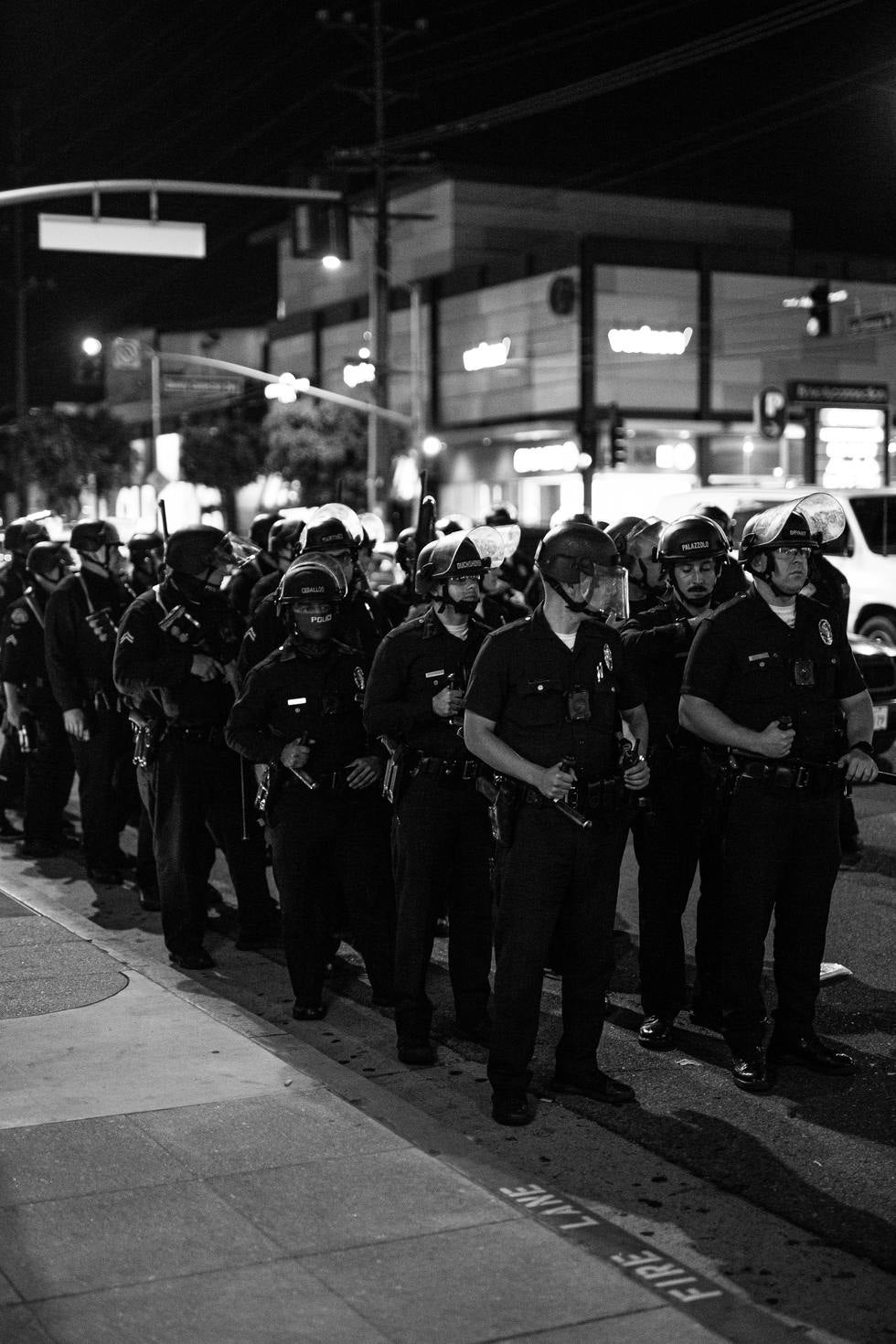 One might think that a worldwide pandemic would stop it. Especially, a pandemic in which the United States comfortably leads the world in confirmed COVID-19 cases.

One might think that the sobering reality that all of us are just one positive test away from a dreaded dance with death would stop it.

One might think that such perilous times would bring about a “coming together” in America to allow us to forge a united front to deal with a common enemy.

If one thinks that, one would be seriously mistaken, mislead, or perhaps worst of all, a damn fool. After all, THIS IS AMERICA.

For police, this pandemic is a disease of the mind that dictates what they think about different communities. White people are thought of as those that need to be served and protected whereas black people are to be policed and punished. Beyond infecting the mind, this pandemic also colors how police see the world too—both their eyesight and insight. White people are seen as law-abiding citizens whereas black people are likely to be seen as criminals. Then finally, and perhaps most importantly, this pandemic also dictates how police feel about black people. This is key because as human beings, our actions flow from our feelings. Our hearts. So much so that the bible warns, “above all else, guard your heart.” With our hearts we have the capacity to love and hate. And it has been argued that “the opposite of love is not hate but indifference and the opposite of life is not death, but the indifference between life and death.” I agree with this argument because if I hate you, at least I have very strong feelings of dislike for you. But if I'm indifferent to you, then I don't care one way or another about you. I could care less…if you're safe or in harm's way or for that matter, whether you live or die. Because when you get right down to it, all B.S. aside, if I'm indifferent towards you, you simply don't matter.

You feel me? Maybe not but everyone knows that a picture is worth a thousand words. Close your eyes and let the word paint a thousand pictures. For our purposes, not a thousand, but one picture…indifference, as to whether a person lives or dies. With your eyes closed, picture a black man handcuffed and lying face down in the street. Then picture a police officer, kneeling down with his knee on the black man's neck as the black man repeatedly says that he can't breathe. Further, in your mind's eye, see three other officers right there on the scene, close enough to gently grab their fellow officer. But the lead officer doesn't move, so they don't move, just like that. Instead they just stand there, still as statues, watching their colleague kneeling on a man's neck. A man that poses no risk and continuously says that he can't breathe, begs for mercy and then begs for his mama (ironically she died exactly a year prior to him). Then, as difficult as it is to do, imagine that at some point the man stops talking, stops moving, stops breathing.

His murderer, Officer Derek Chauvin, with his hands in his pockets, with his eyes and heart devoid of any human compassion, continues to kneel on George Floyd's neck, his lifeless black body, now reduced to a corpse, now still as a statue too. We rightfully expect those sworn to serve and to protect us to be equipped with the full range of human emotions. But expectations don't always meet with reality, because what we're left with are two dead men: Floyd who has literally had the life strangled out of him by Chauvin. And Officer Chauvin, who appears to be alive, still breathing but for all intent and purposes, he's as dead as a door knob on the inside—unable to think of Floyd as a human being to be protected and served, unable to see Floyd as anything other than a criminal and unable to feel love or even hate for Floyd. Officer Chauvin is indifference personified: not caring whether Floyd can breathe or not. He could care less whether Floyd is dead or alive. To him, George Floyd didn't matter.

By now we already know that one might be a damn fool to think that a deadly pandemic would stop the killing of black people by police.   Sadly, we also know that George Floyd was murdered by a police officer infected with what can only be described as a deadly pandemic fueled by indifference for black lives. Sadly, Officer Chauvin racked up some 18 complaints of misconduct over his 18 years as a cop prior to his deadly death date with George Floyd. Sadly, the higher ups at the Minneapolis Police Department allowed him to return to the streets, time and time again, having never seen fit to permanently quarantine him and protect the public. Sadly, after all of those years of others either looking away or overlooking his actions, we, all us were forced to watch all 8 minutes and 46 seconds of Derek Chauvin's murder of George Floyd.

Derek Chauvin must not be made to bear the cross of George Floyd's murder alone. He had accomplices and co-defendants and not just the usual suspects. Anyone who watched the video of Floyd's murder knows that the other 3 officers played a role and have been rightfully charged. But along with the officers, the City of Minneapolis and the State of Minnesota must also be charged. As do, cities and states all across this police pandemic infected country of ours.

My final argument is that America itself must be charged and convicted for the murder of George Floyd. Indeed, America must be tried and convicted for it's poor handling of this police pandemic. At times refusing to acknowledge that it existed. As if by just refusing to deal with it, it would just go away or disappear like magic according to one character in Washington who shall remain nameless. At times knowing full well that it existed but turning a blind eye or just flat out refusing to look in the mirror. In the end, America must be convicted for the same reason that Derek Chauvin and the other officers should be: for having a mind that refused to think of black people as full fledged human beings to be served and protected. For being complacent with a country whose worldview was knowingly deficient of the necessary insight to allow black people to be seen as law-abiding citizens. And worst of all, for possession of fatal feelings of indifference for black lives, not caring whether black people live or die on the mean streets of America.