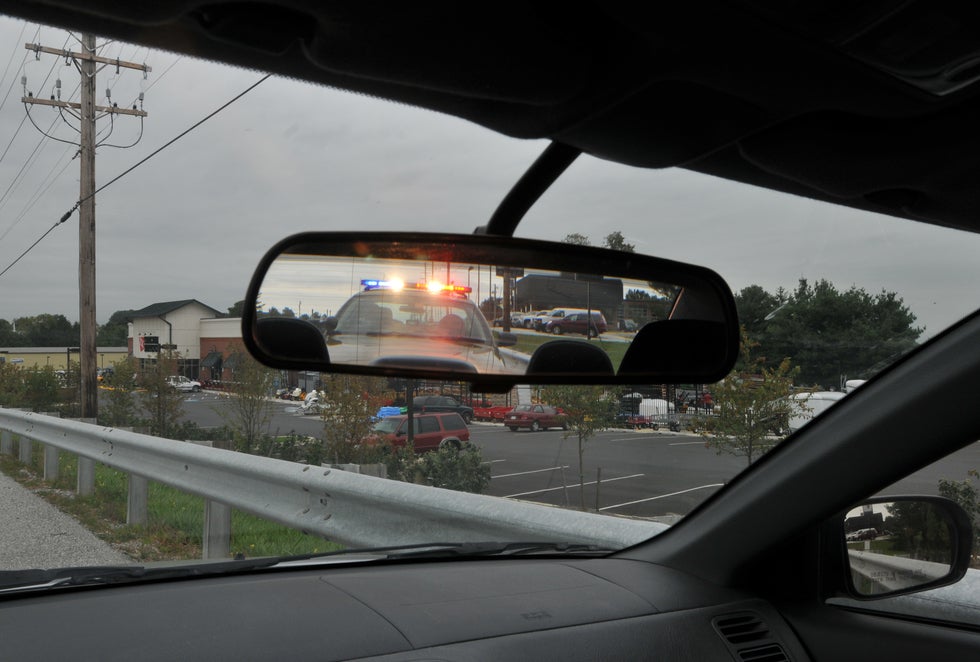 On July 5, 2016, Baton Rouge police received an anonymous tip that a man in a red shirt selling CDs had pulled a gun on someone. Several officers arrived, quickly took Alton Sterling, a black man, to the ground. A video of the encounter shows Sterling being held on the ground, there is a brief struggle of some sort between Sterling and the officers. Then suddenly one of the officers yelled that “he's got a gun,” moments later Sterling is shot dead to the horror of onlookers witnessing the event.

A day later on July 6, 2016, in Falcon Heights, Minnesota, Philando Castile and his girlfriend, Diamond Richards, and her 4 year-old daughter are pulled over for a seemingly routine traffic stop. From there, things go bad fast, the officer asks for identification, Castile complies and according to his girlfriend, he explains that he has a gun and a license to carry it. Castile then reaches to get his wallet and is then shot by the officer. His girlfriend calmly live streams the aftermath of Castile's murder. In the video, she can be seen explaining, “you just shot him Sir,” all the while being comforted by her daughter, who can be heard telling her mother that everything would be okay because she was with her. Only things would not be okay, Castile died at the ripe age of 32 years young. Minnesota Governor, Mark Dayton, asked “Would this have happened if the driver and the passengers had been white?” he asked. “I don't think so ... All of us in Minnesota are forced to confront that this kind of racism exists.”

On July 7, 2016, a day after Philando Castile was killed during what should've been a routine traffic stop, I had to drive to another county. As I am driving, I see that there is an Indiana State Trooper behind me, I'm not worried because I JUST KNEW that he couldn't be coming for me, because I was driving within the speed limit. Much to my surprise and dismay, I look up and sure enough I see that the officer has activated his overhead lights—I'm being pulled over. So just two (2) days after Alton Sterling was approached by police for allegedly pointing a gun, was shot and killed and never made it home, and the morning after Philando Castile was stopped for a broken tail light, was shot and killed and never made it home, here I am being pulled over for what I now know to be speeding in a construction zone. Hoping to make it home. To most Americans, at worst, an encounter like this means that they spend a few minutes, waiting on the officer to run their driver's license, write them a ticket and send them on their way. No harm, no foul. But if the last few years in America have taught black men in America anything, it's that what is routine for others, can be anything but routine for us. And truth be told, a few minutes with the men and women in blue, could BE THE LAST FEW MINUTES OF OUR BLACK LIVES. (Google search: John Crawford; Ezell Ford; Samuel Dubose; Eric Garner; Freddie Gray; Brendon Glenn; Akai Gurley; Kris Jackson; Laquan McDonald; Tamir Rice; Frank Shepherd and Walter Scott) So with the videos of Alton Sterling and Philando Castile, fresh in my mind, I immediately pulled over.

My Encounter with an Indiana State Trooper

In the moment before the officer got out and approached my car, I gathered myself and got my mind right. Not to be dramatic but I decided right then and there that the most important thing was to have a safe encounter with the officer and live to get pulled over another day. The fact that you're learning about my cop encounter from me, and not from some random eyewitness, or from some grainy video on CNN or Facebook live, means that I lived to tell about it. So what happened, how did it all go down?

So before the officer reached my car, I had already pulled out my wallet and had it at the ready. When the officer appeared at my passenger side window, I smiled and greeted him with “good morning officer.” He responded with a pleasant tone and explained why he stopped me. Apparently, a few miles before I was stopped, I had entered a construction zone with a reduced speed limit. I explained that I didn't see the construction zone signs and was asked for my license and registration. I already had my wallet out so getting the license wasn't a problem. However, getting my car registration was a bit of a problem, actually a pretty big problem, and these days, maybe a life-ending problem.

A few minutes later, he returned, explained that he was going to give me a warning but his printer wasn't working, so he just asked that I keep a closer lookout for construction zones. He explained that I had just dodged a $600 ticket and returned my license and registration. As you might imagine, I breathed a sigh of relief for more reasons than one. And with that, and just like that, my police encounter was over. And most importantly, I lived to write about it.

In closing, here are my key takeaways from my police encounter: 1) the most important thing was to get home safely. So I acted like it—all of my actions were geared towards having a brief and safe exchange with the officer; 2) attitude is everything—my attitude was respectful and the officer in turn, was very respectful to me. I can only imagine what would've happened if I greeted the officer in a mean, nasty or disrespectful way. I am sure that things would've gone a lot differently; 3) plans are better than protests—thinking back on it, I could've done some things a lot smarter. For one, I wish that I would've seen the construction zone warning sign and perhaps avoided being stopped. Also, rather than moving to get my license before the officer arrived, I probably should've just waited for the officer to ask for it. Sometimes innocent movements can appear to be threatening. For example, reaching over to your glove compartment to get your registration, can look the same as someone reaching over to grab a gun. Just like reaching in your back pocket to get your license, can look the same as someone reaching down to get a gun from their waistband. For these reasons, I am thinking of better ways to be safer in the future: I will no longer keep my gun and registration in the same place. I also will not keep my wallet in my back pocket while driving because both of these practices could cause an officer to believe that I am reaching for a gun; and finally 4) no group of people are all the same—the officer that stopped me, can only be described as polite and professional. Period. Obviously, in the last few years we've witnessed some pretty bad police work and mistakes have been made, some of them deadly mistakes. However, I believe that all across America, the majority of police encounters are similar to mine: brief, all business and no b.s. stops, and everyone gets home safely.