5 Things You Need to Know to Safely Record Police 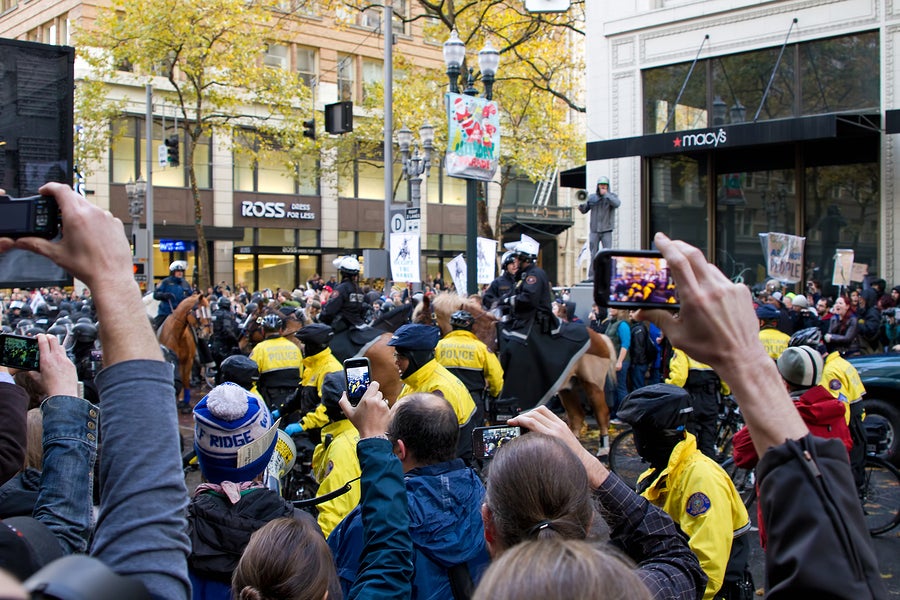 It's been a long week, thank God it's Friday, having just left work, you park your car and you're walking into Starbucks to meet a friend and hang out. Then this happens, you see a young man, surrounded by 3 police officers, minding your own business, you go into Starbucks, and you're waiting on your Venti Caramel Macchiato when out of the corner of your eye, you see that young man on the ground, with 2 officers on top of him and the third officer repeatedly kicking him. You whip out your iPhone and began to record video of what's going on, you go outside to get a better angle, but you're not in anyway interfering with the officers and you not concealing the fact that you're recording the cops. Typically what happens is at some point the police realize that you are recording them and they issue an ultimatum, either stop recording or be arrested and have your phone taken as evidence. So the question is, do you have a legal right to record the police as they serve and protect? Yes you do and here are 5 things that you need to know before you record the police.

NOTE: This article would not be possible without Steve Silverman of Flexyourrights.org, please visit their site for more information about exercising your rights.